Home » Resources » Onions » How to Start Onions From Seed

How to Start Onions From Seed

Home gardeners can easily grow all the onions they’ll need for the year. The easiest way is to plant “sets” (small onions) in the spring. Sets are available from seed catalogs, garden centers and hardware stores. In late April or early May, place the small bulbs about an inch deep in the garden, with four bulbs together, touching each other, and each bunch of four onion sets about 6 inches apart within rows. This method, advocated by Eliot Coleman, simplifies planting, watering, weeding and harvesting. Here’s how to start onions from seed in late winter/early spring

You can also start onions from seeds sown indoors in February or early March. The advantage to using seeds is that you have a greater selection of varieties, such as the big, sweet ‘Ailsa Craig’ and ‘Walla Walla’ cultivars. Organic grower Jason Kafka of Checkerberry Farm in Parkman, Maine, once reported that his 3 1/2 ounces of ‘Ailsa Craig’ seed grew 8,000 pounds of onions on 0.4 acres.

‘Copra,’ for example, is a favorite hybrid among some growers, and it stores well. (‘Ailsa Craig’ and ‘Walla Walla’ tend to have a short storage life.) ‘Marsi’ is a beautiful, red hybrid that stores into April. There are also an abundance of onion types that you can start indoors and plant in your garden when the time is right.

One way to start onions from seed indoors is to sow the seed in two rows, about a quarter-inch deep, in 4- x 6-inch containers filled nearly to the top with a seed starting mix. Keep the containers warm (near, but not too near, the wood stove, for instance, or on top of the refrigerator) and keep the seed starting mix moist. The seeds may take a couple of weeks to germinate; don’t give up!

Then in late April or early May, transplant the seedlings to a fertile, well-drained spot in the garden. As with sets, then place four plants in each planting hole, and space each bunch of four onions about 6 inches apart.

Keep the onion plot weeded and watered throughout the growing season. Onions are shallow-rooted and respond well to an even supply of soil moisture. Their tops do not compete well with weeds, hence the importance of weeding—shallowly, to prevent injuring the shallow roots.

How many onions should you grow? How many do you eat in a year? In a well-tended plot, most of the onions you plant turn into good-sized bulbs. If you eat an onion a day, consider planting 400 or so seedlings or sets (or some combination of the two). That amount will take up 50 row feet of garden space. If you eat two onions a week, plant a little over 100 seedlings or sets.

Starting your own onions from seed is a great way to “think spring” in February, and the return on investment come midsummer can be huge, and delicious.

How to Start Onions From Seed in Late Winter/Early Spring: Photos 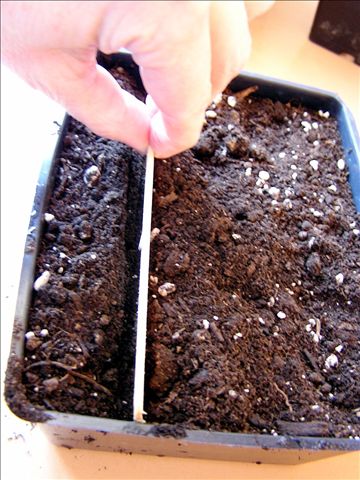 To start onion seedlings indoors in February or March, fill a container nearly to the top with a seed starting mix and then make two furrows, about 1/2-inch deep, for the onion seeds. Sprinkle seeds in the furrows and cover them lightly with more soil mix. Label the container with the name of the onion variety. Keep the container in a warm place. 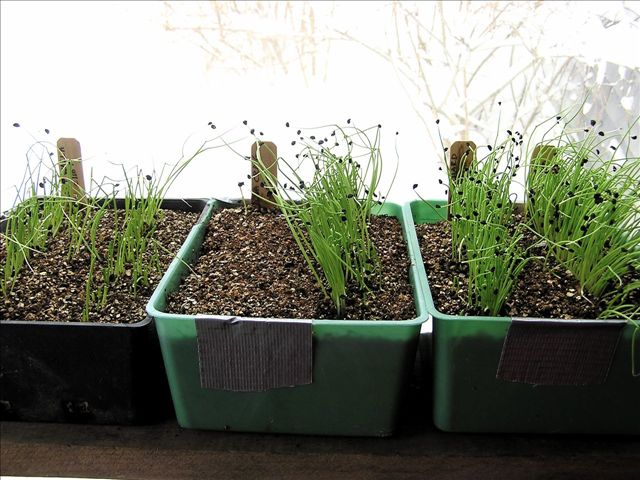 Once the onion seeds germinate, keep the young plants in a sunny south window. 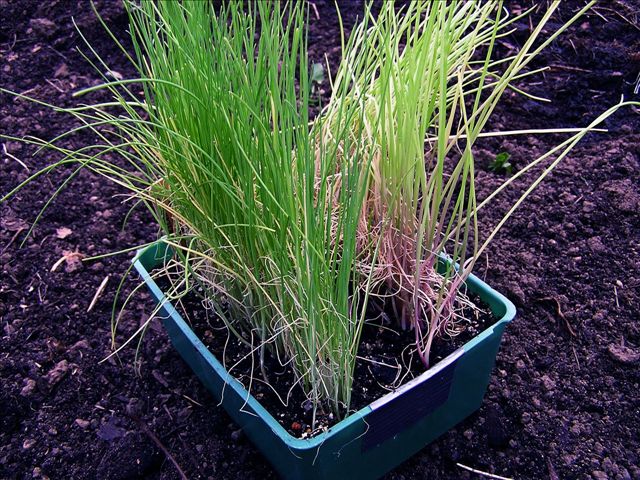 The seedlings can get so tall that they flop over and are difficult to transplant. 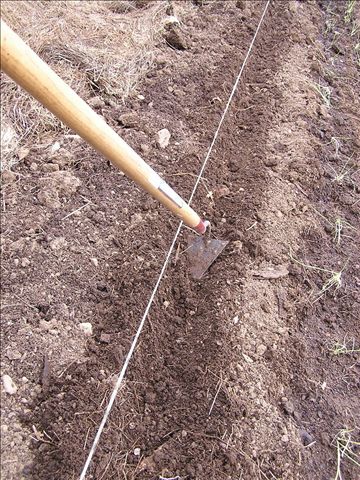 In late April or early May, make a furrow in the garden. 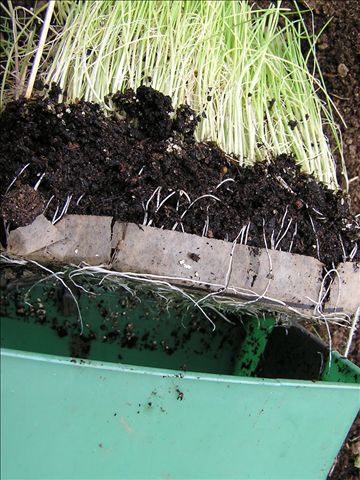 Tip the mass of onion seedlings out of its container. (Newspaper on the bottom of this container kept the seed starting mix from being washed out the drainage holes.) 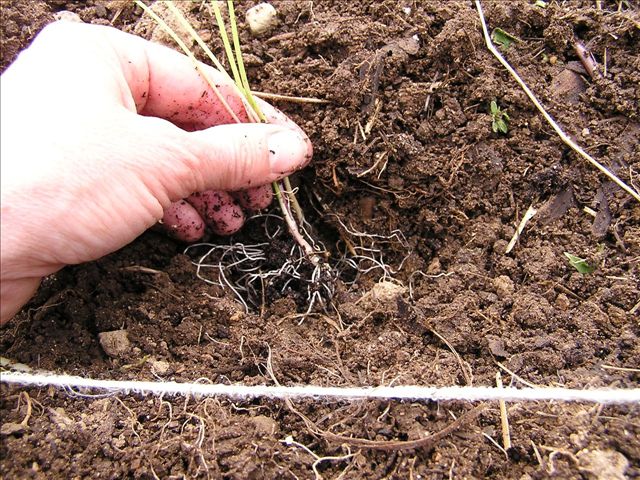 Very gently separate groups of four seedlings and, holding them lightly enough that you don’t crush the tops, transplant them into the prepared furrow, covering the exposed roots immediately with soil. 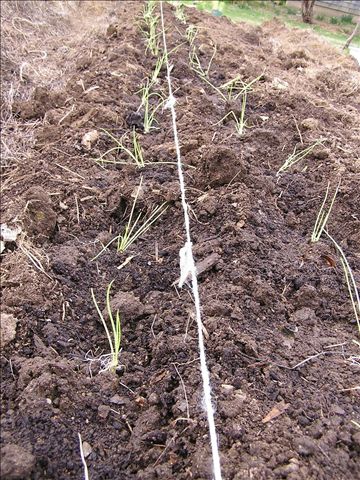 Onions can also be started from purchased sets (small onions) that are placed into a furrow in groups of four, with the groups spaced about 6 inches apart. 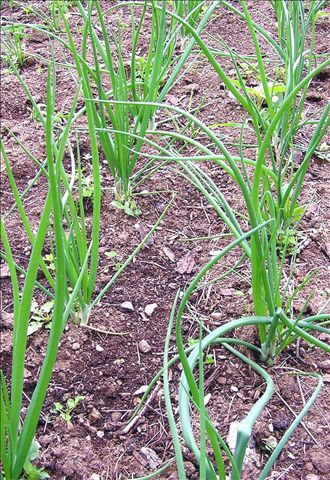 Onions growing in the spring. Keep weeds hoed when they are small, like those in this photo, because onions don’t compete well with weeds, and removing larger weeds can disrupt the shallow root systems of onions.

Happy Growing! Looking for more gardening resources? Consider signing up for our Gardeners Newsletter, which is sent once per month.

Become a MOFGA member to support these free resources and receive our quarterly newspaper, which is is considered to be one of the leading information sources on organic agriculture and sustainable living practices.