Here are some highlights from our four-plus decades 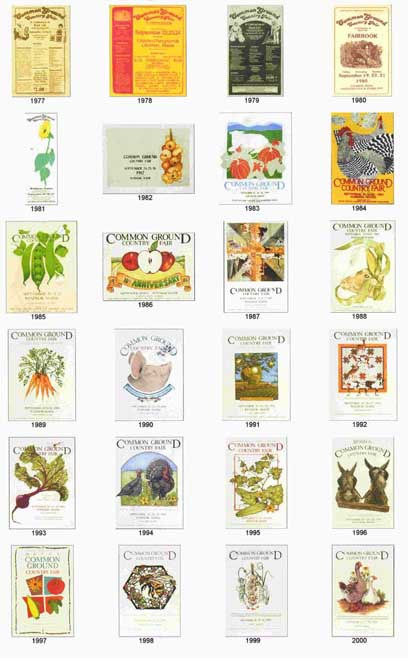 Maine Harvest Credit Project 2018 Our membership stands at more than 4,600. Counting our 2,380 family members, that number encompasses more than 10,000 individuals in 44 states. Half of our members are farmers or gardeners. Local MOFGA chapters are active in Penobscot, Sagadahoc and York counties, and MOFGA is interested in growing its local networks. We now have a staff of 43. More than 3,000 people volunteered tens of thousands of hours to MOFGA – at the Common Ground Country Fair, at organic gardening classes held statewide, while serving on MOFGA committees and for other efforts. Our leadership changed this year, as Ted Quaday retired in August and Sarah Alexander took over as executive director. Sarah brings wonderful energy and strong leadership skills to MOFGA. “We are fortunate to have her,” said David Shipman, MOFGA board president. In her first few months, Alexander met with all staff members individually, with board members, visited 15 farms and met with more than 100 MOFGA volunteers and stakeholders. Common Ground Country Fair MOFGA Certification Services LLC (MCS) Agricultural Services Education MOFGA-El Salvador Sistering Committee Public Policy Committee Buildings and Grounds Administration/Fundraising Outreach Maine Harvest Credit Project 2019 MOFGA now has more than 40 staff members and, as of December 2019, we have 4,167 memberships, which represents approximately 8,000 members. With the shift in political leadership in the state, Amanda Beal, a former MOFGA president, was appointed Commissioner of the Maine Department of Agriculture, Conservation and Forestry. MOFGA completed its 10-year strategic impact plan, which outlines how we can truly transform our relationship to food in Maine and blaze a path for other organic organizations around the country. In the next 10 years, we will work to transform our food system by focusing on building common ground; supporting organic gardeners, homesteaders and eaters; promoting the environmental and health benefits of organic and sustainable practices; and growing and supporting organic farming and production. Common Ground Country Fair MOFGA Certification Services LLC (MCS) Farmer Programs Community Education MOFGA-El Salvador Sistering Committee Public Policy Buildings and Grounds Administration and Fundraising Communications and Outreach
Sign up for our Newsletter