Dr. John G. Williams Jr. is a photography enthusiast among other things. After his long career in medicine, as a family medicine physician with a private practice in Camden, Williams retired and was able to spend more time with a longstanding favorite hobby: photography. He first started taking photographs while in his teens. For several years, while in Camden, he developed black and white images in a dark room in his cellar.

His ongoing documentation of MOFGA’s Common Ground Country Fair, from 2010 to 2019, is a testimony to Williams’ enthusiasm for both photography and MOFGA. His Flickr account, which is available to view online, shows other passions (spoiler alert: there are more than a few pictures of sailboats). But keep scrolling. The digital photo albums, which span years, comprise a treasure trove of pictures from MOFGA events, with a heavy focus on the Fair. His collection is well worth visiting, especially for those feeling nostalgic for the Fair that hasn’t happened in two years.

Jean English, former editor of The Maine Organic Farmer & Gardener, first spotted his talent for documenting “a day at the fair” — beginning with the walk in from the South Parking Lot. She recruited Williams to help her cover the vast array of events, people and displays at the Fair.

English says of Williams, “What a treat to have had John’s superb photos of the Common Ground Country Fair for The MOF&G. In addition to his talent for capturing the flavor of the fair, John could get to events that I couldn’t attend because I was covering other events, so we had much better coverage of the fair once he started volunteering.

“His height enabled him to get shots over crowds of onlookers, too. And fairgoers and presenters responded to his warm, cheerful personality when he asked to take their photos. When I picture him at the fair, he and his cameras (one over each shoulder) are inside the fence, documenting in detail the amazing sheep dog demonstrations: a happy scene for all,” English continued. Williams says the one of his favorite “assignments” was the Harry S. Truman Manure Pitch. He also enjoyed taking pictures of fairgoers in Russell’s Poetry Grove and photographing Eliot Coleman as he shared his knowledge. “It isn’t just the photographs, it is giving back to an organization you think is doing good things for many people, all of which I support 100%. Such a nice group of people, they become friends even if I see them only once a year,” said Williams.

"I'm so grateful for John's generosity. He's donated his photography for several recent fundraising campaigns and events,” said Laura Miller, MOFGA’s development manager. “It's been so lovely getting to know him over the course of the farm visits he's photographed. His beautiful photos help us tell the stories of our farms and how MOFGA's programs have made a difference for their businesses.”

“John’s photos wonderfully capture the spirit of the Common Ground Country Fair, in moments full of collective energy as well as in small moments of sharing and learning. I love this photo because it captures fairgoers connecting and taking time to relax before continuing their Fair adventure. You can feel the excitement and that people are happy to be at the Fair.” – April Boucher, Common Ground Country Fair director 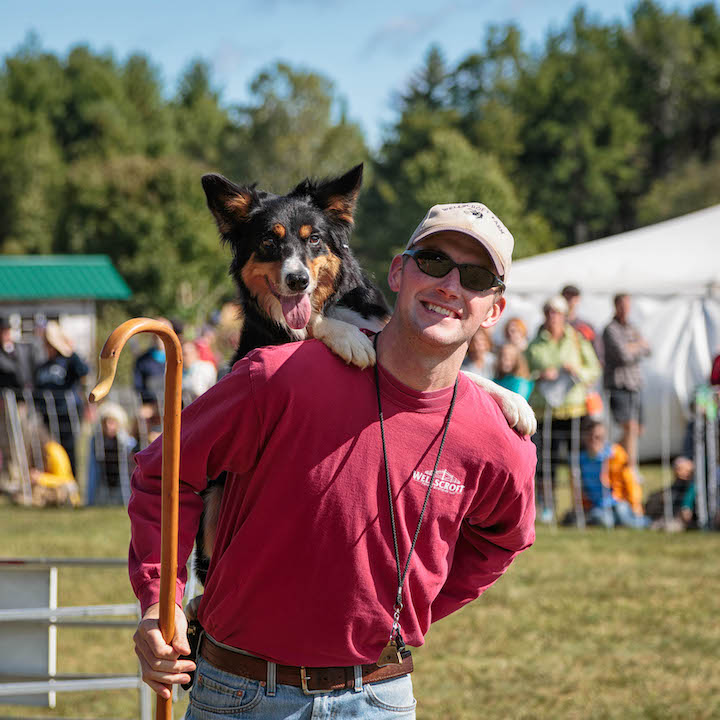 “This photo of Colin Kennard with one of the sheep dogs was always one of my favorites from John. John became very good friends with Dave and Colin Kennard, even bringing them food during the fair.” – Jean English, former editor of The Maine Organic Farmer & Gardener 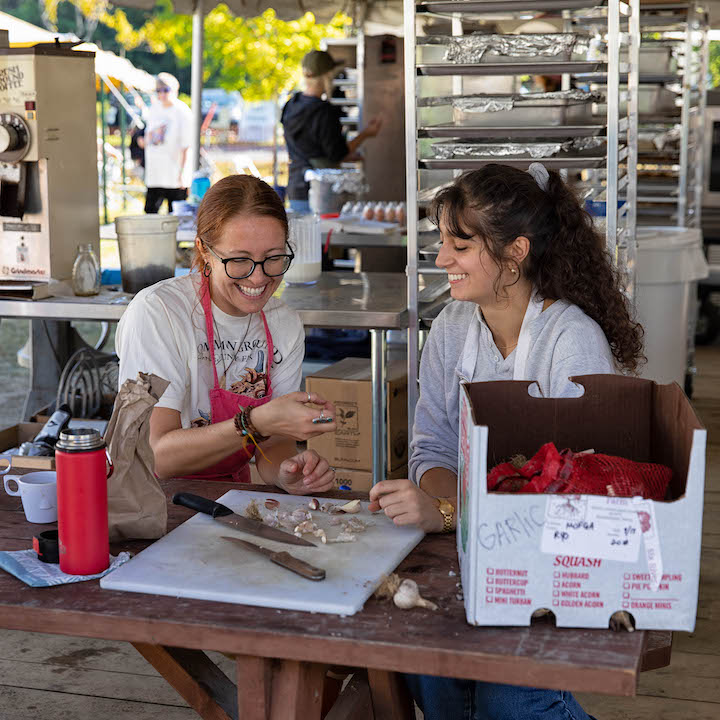 “As I browsed the catalog of John’s images I was struck over and over again by the joy he captured. It wasn’t just the attendees: there are images of cheerful staff members collecting tickets, lively vendors interacting with customers and many others. What grabbed my attention, though, are the images of the volunteers. It’s no surprise that I’m often thinking about the volunteers — I work with them year round — but John’s images capture the joy that comes with volunteering at the Fair. It doesn’t matter which area of the Fair — clearly John has seen it all; there’s always a volunteer somewhere in the image, hard at work in the background and grinning contentedly.” – Caitlyn Barker, community engagement coordinator 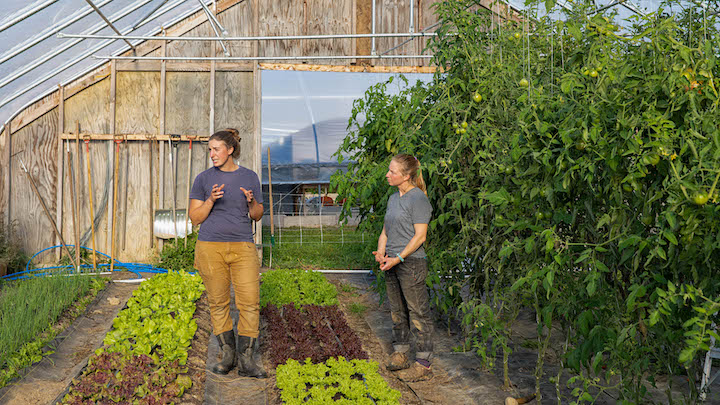 “John takes gorgeous portraits, but some of my favorite photos from our farm visits are scenic photos, or photos taken while hearing farmers’ stories. I love this picture of Angela and Lisa from Seek No Further Farmstead. It shows a lovely moment in conversation when Angela was sharing how they are working to build a business model that reflects their values.” – Laura Miller, development manager 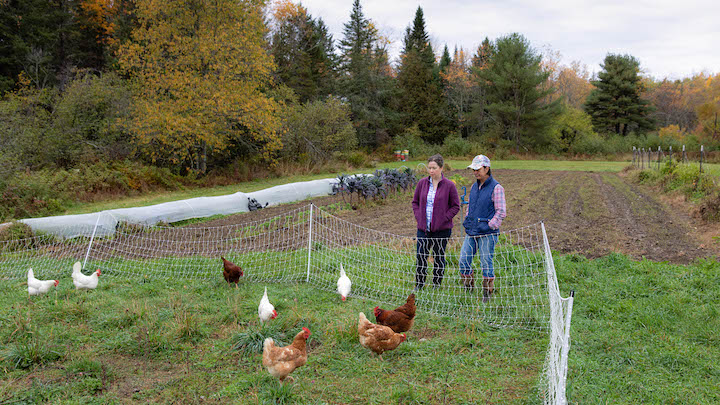 “I’m grateful to the farmers who welcome us to their farms and share their stories with the MOFGA community. It’s powerful to hear about the challenges farms are facing and the successes they are celebrating. Chase Stream was the first farm that I visited with John. He’s as interested in learning about the farms as I am, and always captures the best of each farm.” – Sarah Alexander, executive director