Wins on funding for organic certification, research, new farmers and import enforcement shadowed by changes to the National Organic Standards Board 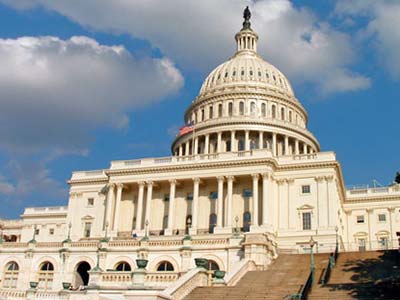 December 12, 2018 (Unity, ME) – The Maine Organic Farmers and Gardeners Association (MOFGA) generally is pleased with the passage of the Agriculture Improvement Act of 2018 (the Farm Bill), but is disheartened by significant threats to the integrity of the National Organic Standards Board.

The Farm Bill is a gigantic piece of legislation that covers diverse agricultural programs from commodities to conservation to research to nutrition. As the federal government’s primary agriculture and food policy legislation (representing several hundred billion dollars over five years), the Farm Bill has great potential to cultivate a more local, more organic, more secure agriculture across the country. The 2018 bill has big wins for organic farmers and consumers, including provisions that will help safeguard organic integrity and generate jobs, economic growth, and environmental benefits in communities across the United States.

MOFGA works closely with organizations in Maine and across the country to advance the national policy interests of organic farmers, processors and consumers. MOFGA’s partnerships with the Washington, DC-based organizations the National Organic Coalition (NOC) and the National Sustainable Agriculture Coalition (NSAC) help ensure that the specific needs of Maine’s organic sector are addressed in the federal policy. MOFGA is excited to continue its collaboration with NOC, NSAC and USDA to implement these new funds and policies to advance organic agriculture.

Despite significant funding to support the organic farming sector, the Farm Bill contains deeply troubling provisions that impose statutory changes on the National Organic Standards Board (NOSB), the USDA advisory board responsible for keeping toxic substances out of organic production and processing. MOFGA is deeply disheartened by two final bill provisions that erode the integrity of the National Organic Standards Board.

“The boost in funding for organic research and the provisions enhancing organic import enforcement are cause for celebration in the organic community,” said Sarah Alexander, MOFGA’s executive director. “MOFGA is deeply disturbed, however, by two provisions that undercut the work of the National Organic Standards Board. “We will continue to fight to reverse policies that undermine the transparency, high integrity, and full participation in the organic standards setting process.”

A bipartisan spirit emerged toward the end of a year-long, polarized debate on the Farm Bill. In addition to providing critical funding for organic and sustainable agriculture initiatives, the final bill ensures food access and dignity for families in need by protecting the Supplemental Nutrition Assistance Program. Leadership and a spirit of compromise by Senators Roberts (R-KS) and Stabenow (D-MI), and Representatives Conaway (R-TX) and Peterson (D-MN) were essential to moving this bill across the finish line. MOFGA is grateful for the many champions of organic agriculture in Congress, and especially appreciates the leadership efforts by Maine’s Senators Susan Collins and Angus King, and Representative Chellie Pingree, each of whom sponsored key marker bills to support the country’s dynamic organic agriculture sector. Senator Collins, Senator King and Representative Pingree also advocated strongly against threats to existing federal environmental protections, pesticide regulations, and preemption of local and state laws.

“This farm bill represents a significant step forward for organic agriculture in multiple arenas and is a good first step,” said Alexander. “The bill also includes increased support to assist beginning, socially disadvantaged, and veteran farmers, provisions that improve land access for future generations, and expansion of local and regional markets critical to organic producers. Much more can be done, however, to advance policies that benefit family farms, communities, health, the environment, and the changing climate.”