Listen to the Keynote addresses from the 2022 Common Ground Country Fair. 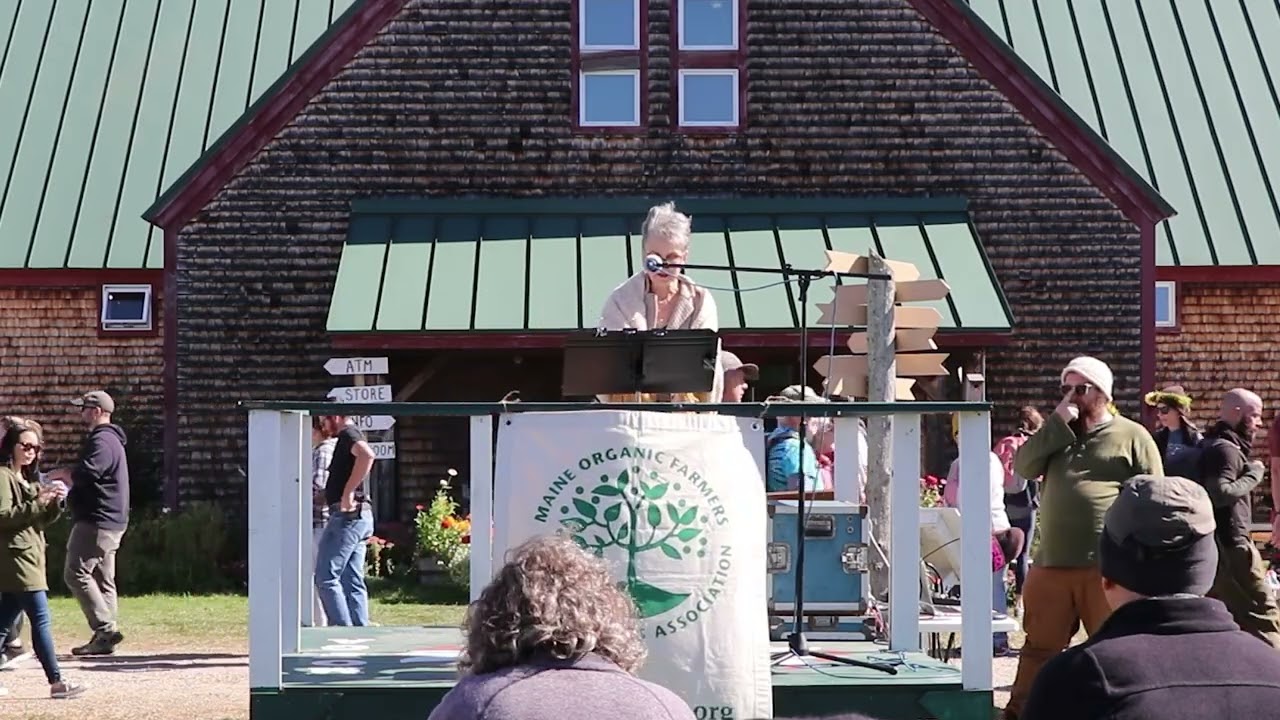 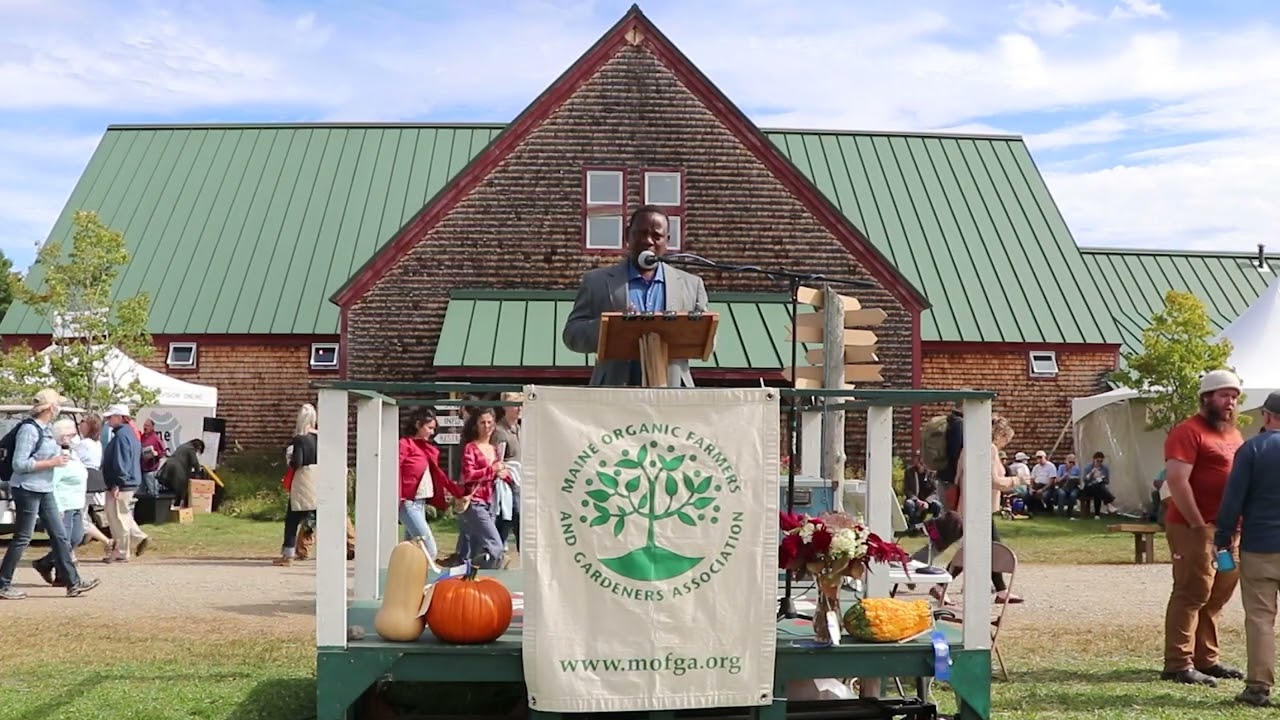 Tribal Ambassador for the Penobscot Nation

“Tribal Sovereignty in Wabanaki Homeland: History, Policy, Connectedness, and the Next Generations”

Maulian Dana serves as the first appointed Tribal Ambassador for the Penobscot Nation. She represents the tribe in local, state and federal government as an advocate and diplomat. Her background is in political science, activism, Penobscot culture, teaching and policy. She serves as the president of the board of directors for the Wabanaki Alliance, the co-chair of the Permanent Commission on the Status of Racial, Indigenous and Maine Tribal Populations, and is a member of the Maine Climate Council where she also co-chairs a subcommittee on equity. She has a bachelor’s degree in political science from the University of Maine and she received an honorary law doctorate from Colby College. She is the proud mother of three daughters Carmella, age 15, Layla, age 13, and Iris who was born this year on May 31. Addressing and bringing action to the crisis of missing and murdered Indigenous women, girls, two-spirits and relatives is also one of her passions. Her policy achievements include helping to pass laws in Maine that eliminated racist Indian mascots, changed Columbus Day to Indigenous Peoples Day, and extended Violence Against Women Act federal provisions to tribes in Maine.

Dana’s home, the Penobscot Nation, is one of five tribes that make up the Wabanaki Confederacy. The others are the Abenaki, Passamaquoddy, Mikmaq and Maliseet. There are five tribal communities in the land now called Maine and their ancestors have been stewards of this homeland for over 10,000 years. Their creation stories and cultural knowledge tell us that this land has sustained us since time immemorial. With this rich and deep relationship the Wabanaki have here with these lands there also is an undercurrent of injustice and trauma from the colonization era to the present day.

Dana will address some of the reasons tribal sovereignty in Maine has such a complicated history and future. She will discuss the recent legislative session that found tribal issues making progress in some areas and facing barriers in others. This topic also brings to light how self-determination for the tribes is connected to every facet of life for Wabanaki governance, health, stewardship of Mother Earth, traditional wellbeing and spiritual resilience. She looks forward to exchanging in dialogue and is honored to join the Common Ground Country Fair speakers.

Frances Moore Lappé is the author or coauthor of 20 books, many focusing on themes of “living democracy” — suggesting a government accountable to citizens and a way of living aligned with the deep human need for connection, meaning and power.

Her first book, “Diet for a Small Planet” published in 1971, has now sold three million copies. Lappé’s latest work is the 50th anniversary edition of “Diet for a Small Planet,” released in 2021. In this book Lappé integrates her life’s work of connecting food to freedom, including timely material from her 2017 book co-authored with Adam Eichen, “Daring Democracy: Igniting Power, Meaning, and Connection for the America We Want.” Lappé is co-founder of Oakland-based Food First and the Cambridge-based Small Planet Institute, which she leads with her daughter, Anna Lappé. The recipient of 20 honorary degrees, she has been a visiting scholar at Massachusetts Institute of Technology (MIT) and University of California, Berkeley, and in 1987 received the Right Livelihood Award, often called the “Alternative Nobel.”

She says, “In my keynote address to the Common Ground Country Fair I will talk about how the food choices we make each day connect us to humanity’s biggest challenges, from needless hunger to diet-related disease to the climate crisis and the undermining of democracy. Making these connections, we can fight despair and discover our power. I’ll share my journey of discovery — from my first ‘ah-ha’ that scarcity is not the cause of hunger to stories of self-empowered communities that have overcome hunger as they align with the Earth via regenerative practices. I will bring these lessons home, exploring solutions via what I call ‘living democracy.’”

Muhidin Libah is the executive director of Somali Bantu Community and has been working for Somali Bantu communities since graduating from high school in 2002. Libah graduated from the University of Southern Maine in the spring of 2014 with a bachelor’s degree in natural applied science with a biology concentration and a minor in holistic health. Before he came to the United States in 2005, he taught elementary school for four years, teaching English, math, science and agriculture to grades three, five, six, seven and eight. Since he came to the United States he has been working with nonprofit organizations in his own community.

Somali Bantu Community Association of Lewiston, Maine, is the third nongovernmental organization that he has co-founded, and Libah has consulted with seven other nonprofit organizations across New England and New York. His focus has always been food production, security and sustainability, and he wrote his thesis on that topic. Currently, he is the executive director of the organization, overseeing 11 programs in the community including the farming program, Liberation Farms, which has seen incredible success in the last two years.

The mission of Liberation Farms, the Community Farming Program, is to provide new American farmers access to, and culturally-appropriate resources for, the means of sustainable food production for themselves, their families and their communities.

In his keynote, he will speak to Liberation Farms as food justice in action. The farm is a demonstration of the success that is possible when marginalized communities have the opportunity to organize and lead themselves. It provides new American families struggling with food insecurity with the tools and resources to grow healthy, culturally appropriate foods for themselves and their community. This investment in growing nourishes body and soul as farmers ground into familiar traditions and meaningfully utilize their agricultural roots as they build new homes here in Maine.